Silversmith’s Todd MacLean and Jim Quagliaroli were named to GrowthCap’s annual Top 25 Software Investors list. GrowthCap evaluated nominees based on the quality of the feedback they received from portfolio company CEOs, firm colleagues, as well as peers in the industry along with each nominee’s demonstrated leadership, deal experience, track record, and uniqueness of capabilities. This year represented the most competitive nomination pool since the start of the awards three years ago. Hundreds of nominations were submitted representing investors from over 90 firms.

As noted by GrowthCap, “The private equity and growth equity fields are meritocratic environments where most emphasis is placed on work ethic, integrity, intellect, and diligence. As such, while the investors that comprise this year’s awards list come from diverse backgrounds, the one thing they have in common is a time-tested commitment to excellence. The 2021 awardees are some of the most experienced, accomplished, and exceptional individuals in software investing. Notably, certain firms, including Silversmith, are represented by more than one awardee.”

Todd co-founded Silversmith Capital Partners in 2015. In his role as Managing Partner, Todd focuses on building lasting partnerships with exceptional entrepreneurs within the SaaS & Information Services sectors and has served on the board of more than 15 companies during his career. Todd has led many of the firm’s software investments including ActiveCampaign, Digital Map Products (acquired by LightBox), DistroKid, Onbe, Unily, Venminder, Webflow and Zonos.  Some of Todd’s notable investments prior to co-founding Silversmith include SurveyMonkey (Nasdaq: MNTV), Wrike (acquired by Citrix), Appriss (acquired by Equifax), Archer Technologies (acquired by RSA/EMC), Dealer.com (acquired by Dealertrack) and iPay Technologies (acquired by Jack Henry & Associates).

Jim Quagliaroli co-founded Silversmith Capital Partners in 2015. In his role as Managing Partner, Jim partners with passionate founders of growing companies across the firm’s two core verticals, SaaS & Information Services and Healthcare IT & Services, and has served on the board of more than 20 companies during his career. At Silversmith, Jim’s investments in the software segment include Absorb Software (acquired by WCAS), Comlinkdata, Impact, Net Health, PDFTron Systems, RedAwning, TMA Systems and Validity. Some of Jim’s notable investments prior to co-founding Silversmith include Passport Health (acquired by Experian) and MedHOK (acquired by Hearst). In May 2021, Jim was also named to GrowthCap’s Top 25 Healthcare Investors list.

The Firm Recognitions presented herein are from third-parties that are not affiliated with Silversmith. These third-parties independently assess nominees based on multiple criteria. The awards and designations presented on this website are the opinion of the respective parties conferring the award or designation and not of Silversmith. Recognitions by third-parties are not indicative of future performance. Silversmith pays a licensing or related fee to participate and/or distribute the results. The receipt of compensation influences, and is likely to present a potential material conflict of interest, relating to any granted award or designation. There can be no assurance that other providers or surveys would reach the same conclusions as the foregoing.

Silversmith submitted nominations to be considered for the GrowthCap Top 25 Software Investors of 2021 award and has paid a fee to promote this award. For additional details on the award selection criteria and methodology, please visit https://growthcapadvisory.com/the-top-25-software-investors-of-2021/ 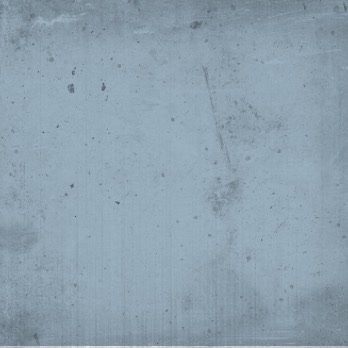 The companies identified above may not represent all of Silversmith’s investments, and there can be no assurance that the investments will be profitable or that other investments made in the future will have similar characteristics or results. For a full list of all Silversmith investments, please click here. Further, the list of investments is updated periodically and as such may not reflect most recent Silversmith investments. Certain information included in this site was derived from third-party materials or other sources believed to be accurate, but no independent verification has been made of such materials or other sources. The views expressed herein are the opinions of third parties and should not be construed as absolute statements and are subject to change without notice to you. No representation, express or implied, is given regarding the accuracy of the information contained herein. Neither the Silversmith nor any of its affiliates has any obligation to update the information contained herein.